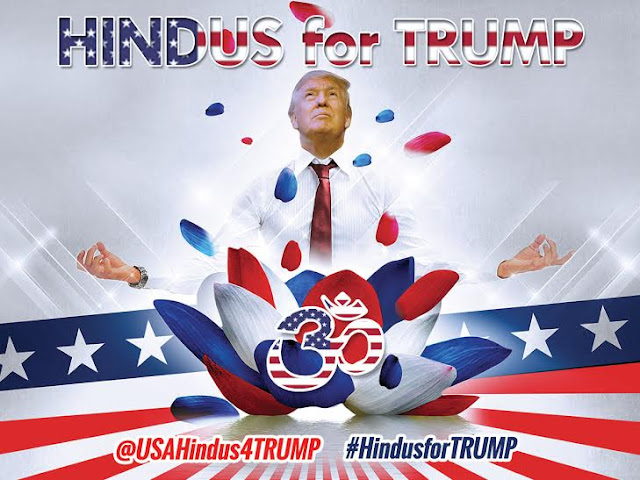 Sources estimate that there are between 1.5 million and 2.5 million Hindus living in the USA. But is there any evidence that this growing demographic is organizing to support Trump?  Yes!  And this support is coming from some of the most influential and widely respected names within the Hindu community. 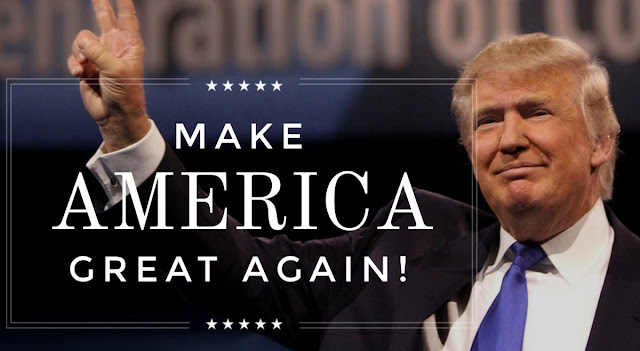 Now it is an obvious fact that not all American Hindus support Trump, maybe not even most, but yes, many American Hindus are rallying to elect Donald Trump as the next president of the United States. Evidence for this fact can be found in the burgeoning American Hindu political scene, an arena which has yet to be noticed by the mainstream.  On January 21, 2016, four Hindu Americans launched the PAC "Indian-Americans For Trump 2016".  The launch of the PAC was significant enough to be reported by top media such as NBC, The Hindu, and The Times of India. The founders of "Indian-Americans For Trump 2016" are well known members of the American Hindu community. Dr. Sudhir Parikh, MD is the Advisory Chair for the organization, he is also the owner of Parikh World Media, an umbrella corporation which houses news outlets influential among Hindus such as Desi Talk, The Indian American and The Gujrat Times. The group's president is Dr. A.D. Amar, PhD, Professor of Management (strategy, policy and knowledge) at Seton Hall University in New Jersey. New York-based attorney Anand Ahuja serves as vice president, and the unmistakable New Jersey businessman Devendra "Dave" Makkar is treasurer. These names are not unknown in the American Hindu social and political circuit. 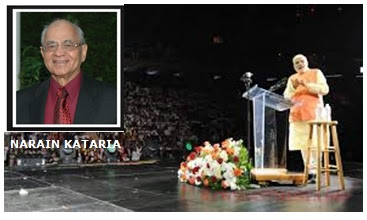 However, this is not the first presidential endorsement by Hindus for Donald Trump.  The world renowned and cross-sectional "Indian American Intellectuals Forum" (IAIF) endorsed Donald Trump for president back in August of 2015 in the release of their widely circulated "India World Geopolitics" print newspaper.  IAIF was founded by the late Narain Kataria, an almost universally respected man whose funeral was attended by hundreds in New York City.  Kataria was a Hindu from Sindh Pakistan who was forced to flee his home after Pakistan became an Islamic State in the 1950's which sparked Muslim pogroms against Hindus and other minorities (Christians and Sikhs). Narain Kataria spent much of his retired years warning Americans about the dangers of Islamization and highlighting the plight of Hindus under Islamic rule in Pakistan and Bangladesh.  You can read his works on his blog (here). Kataria and his IAIF crew were part of the organizing force which brought Indian Prime Minister Narendra Modi to Madison Square Garden on September 28th of 2014, also organizing a rally for Modi outside the United Nations the day before. The IAIF's full back cover advertisement for Trump in their "India World Geopolitics" newspaper reads:

"Problems of America and the world are unprecedented, America needs a President who can solve problems, cure economy, make excellent deals, deliver results, counter challenges and threats to the nation with strong will and inspire the nation to new direction . That is Donald Trump. He needs no favor from any quarter. All that he seeks is your support to get the start for a new and safe America and towards a more secure world." - See Last Page Of "India World Geopolitics".


If this is not resounding endorsement than nothing is. 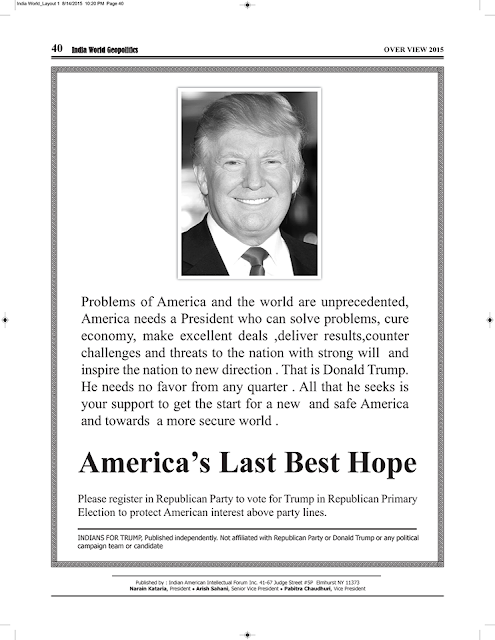 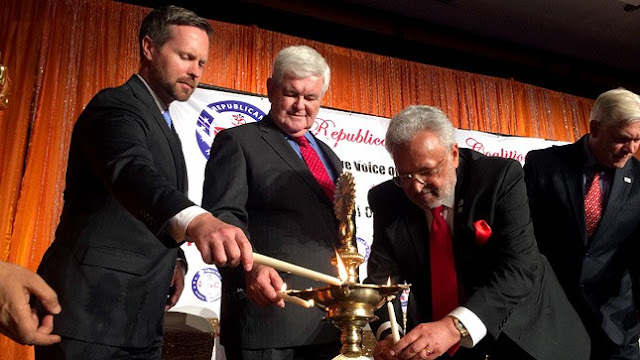 Like many immigrant groups, Indian Hindus have always traditionally voted Democrat.  However, recent events have shown a growing fissure between the community and the DNC.  As reported in The Hill in November of 2015, Capitol Hill saw the launch of the new "Hindu Republican Coalition", founded by Chicago-based businessman Shalabh “Shalli” Kumar.  "Kumar, who is close to India's Prime Minister Narendra Modi, has relationships in the Republican Party dating back to the Reagan administration" The Hill reports. The launch was attended by GOP heavy hitters such as Senate Majority Leader Mitch McConnell (R-Ky.), Sens. Rob Portman (R-Ohio), Kelly Ayotte (R-N.H.), Ron Johnson (R-Wis.), Rules Committee Chairman Pete Sessions (R-Texas). Rep. Ed Royce (R-Calif.), the chairman of the House Foreign Affairs Committee, and Former House Speaker Newt Gingrich.  While the Hindu Republican Coalition has not officially endorsed Trump for president, the formation of the coalition shows a changing mentality among the American Hindu electorate.

When one accepts the fact that there is indeed a reputable constituency of Hindus who are supporting Donald Trump for president, it naturally leads to the question "why?'. This is the very question #HindusForTrump wants to raise in the minds of the American public, why would many American Hindus support such a controversial candidate?  The 2016 presidential election will serve as a platform for Hindu Americans to bring their unique perspective to the forefront, their perspective on such issues as Islam, illegal immigration, investment opportunities, socialism and military alliances.
Posted by Hindus For Trump at 11:05 AM

Email ThisBlogThis!Share to TwitterShare to FacebookShare to Pinterest
Labels: #HindusForTrump

Hindus For Trump
#HindusForTrump USAHindus4Trump@gmail.com @USAHindus4Trump American Hindus are model citizens, educated and industrious. We want a responsible nation where Americans are both safe and free.